Profiting from Publicity: What the NCAA Decision Means for Student Athletes in Florida

The NCAA’s recent decision to allow college athletes to make a profit off of their own likeness has caused renewed interest in Florida’s right of publicity law, which regulates how a person’s image can be used for commercial purposes. Primarily, it prevents any person or business from using an individual’s name or likeness for commercial purposes without their permission.

In Florida, the right of publicity is governed by two different systems. The first is by statute under Fla. Stat. Ann. § 540.08, which treats a person’s likeness as if it were personal property. The other system is known as a common law right of publicity, which the state recognizes as a part of a person’s right of privacy. Please note that what follows is an abbreviated explanation – you’d still benefit from reading the statute itself linked above.

Under Florida’s statutory right of publicity, an individual’s name and likeness is considered to be that individual’s property, and it comes along with all the property rights that one would typically enjoy. See Loft v. Fuller, 408 So.2d 619 (Fla. Dist. Ct. App. 1981). According to Fla. Stat. Ann. § 540.08, these protections extend to that individual’s name, portrait, photograph, and likeness. However, Florida’s college athletes will be relieved to know that “photograph,” in this context, also refers to moving images such as video recordings, as well as any reproductions of their image. See Lane v. MRA Holdings, LLC, 242 F. Supp. 2d 1205 (M.D. Fla. 2002) and Tyne v. Time Warner Entm’t Co., L.P. Theoretically, someone’s voice might also count as a part of their likeness under the Florida statute, although this has never been formally recognized by the state courts. See Neva, Inc. v. Christian Duplications Int’l, Inc., 743 F. Supp. 1533 (M.D. Fla. 1990).

College basketball players should be aware that the statute only applies to images where the individual is clearly identifiable. For example, while student athletes will now be able to receive compensation for close-up photographs of them out on the court, they won’t have any control over pictures where they appear incidentally in the background or as a member of the general public.

Florida’s statutory right of publicity forbids anyone from using an individual’s name or likeness for commercial purposes without that individual’s expressed permission:

No person shall publish, print, display or otherwise publicly use for purposes of trade or for any commercial or advertising purpose the name, portrait, photograph, or other likeness of any natural person without…express written or oral consent.

This means that the NCAA and its affiliates will no longer be able to use the images of their players for marketing purposes without their permission, depending on the specific rules of their division. The main idea here is to “prevent the unauthorized use of a name to directly promote the product or service of the publisher.” See Tyne v. Time Warner Entm’t Co., L.P., 901 So.2d 802 (Fla. 2005); see also Loft v. Fuller, 408 So. 2d 619 (Fla. Dist. Ct. App. 1981). Publication for commercial purposes is enough – the material doesn’t need to actually be distributed for it to be a statutory violation. See Weinstein Design Group, Inc. v. Fielder, 884 So. 2d 990 (Fla. Dist. Ct. App. 2004).

There are also exceptions to Florida’s statutory right for privacy for news media like newspapers, magazines, books, broadcasts, news reports, or other presentations unrelated to advertising that have a legitimate public interest. This is also the case for anyone who has given prior consent for the use of their likeness when used in connection with the resale or distribution literary, musical, or artistic productions or other property. See Fla. Stat. Ann. § 540.08(4). This means that student athletes can’t demand payment when their likeness is used by sports journalists or other reporters.

Right of Publicity for the Deceased

Should a student athlete meet an untimely end, they will still fall under the protection of Florida’s right of publicity for 40 years. The right is substantially the same as it was when the individual was alive and can be freely transferred, licensed, or inherited just like tangible property. According to the Florida statute, any person, business, or organization can obtain written permission to license a person’s name or likeness for commercial purposes. Without that written permission, the right of publicity is automatically transferred to the individual’s surviving spouse (as determined by domicile at the time of death) and children (including those who were legally adopted). See Fla. Stat. Ann. § 540.08(6).

In Florida, a person’s right of publicity was first recognized to be a part of their right to privacy under the reasoning that “[n]othing so exclusively belongs to a man or iso personal and valuable to him as his name, inasmuch as his reputation and the character he has built up are inseparably connected with it.” See Cason v. Baskin, 20 So. 2d 243 (Fla. 1944); see also Battaglia v. Adams, 164 So. 2d 195 (Fla. 1964). This right applies to anyone who’s name or likeness has been used without their permission by another party in order to turn a profit or gain some other benefit. See Gridiron.com v. National Football League Player’s Ass’n, 106 F. Supp. 2d 1309 (S.D. Fla. 2000); Cason v. Baskin, 20 So. 2d 243 (Fla. 1944).

Similarities Between Common Law and the Florida Statute

Violations of common law right of publicity in Florida are determined in much the same way as with statutory law. A person’s likeness must be used without their consent in a way that benefits the publisher. See Agency for Health Care Administration v. Associated Industries of Florida, Inc., 678 So. 2d 1239 (Fla. 1996); see also Epic Metals Corp. v. Condec, Inc., 867 F. Supp. 1009 (M.D. Fla. 1994).

Common law right of publicity also has similar exceptions for news agencies as well as publishers identifying the author of a given work of art, such as a college basketball player’s autobiography, seen under the Florida statute. See Zim v. Western Publishing Co., 573 F.2d 1318 (5th Cir. 1978); Jacova v. Southern Radio and Television Co., 83 So. 2d 34 (Fla. 1955).

While Florida’s statutory right of publicity is the one most frequently cited in state court decisions, the two aren’t mutually exclusive. A person seeking restitution for the unauthorized use of their name or likeness can pursue claims under both statutory and common law. See Fla. Stat. Ann. §540.08(6). However, how damages will be awarded differ slightly between the two systems.

Plaintiffs pursuing claims under statutory law can take action “to recover damages for any loss or injury…including an amount which would have been a reasonable royalty, and punitive or exemplary damages” occur as a result of the unauthorized “publication, printing, display or public use” or their likeness. See Fla. Stat. Ann. § 540.08(2). This allows a potential college athlete to sue for money that they would reasonably expect had the deal been properly licensed in the first place. Victorious plaintiffs are eligible for prejudgment interest on their awarded damages. See Bosem v. Musa Holdings, 46 So. 3d 42 (Fla. 2010).

What is a Trademark Office Action?

Should You Trademark Your Logo or Design in Color or Black and White? 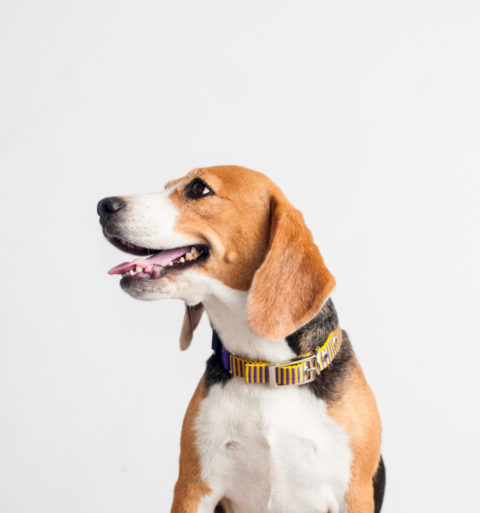